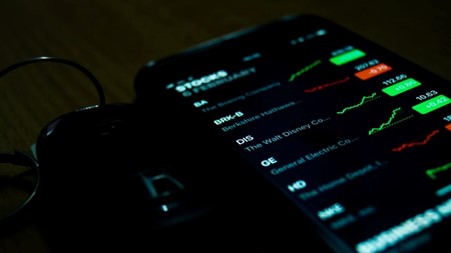 It’s been a rollercoaster ride for financial markets this year — and the last week has been no exception. From Apple announcing its slowing hiring to Google’s stocks becoming much cheaper to the havoc in commodities markets, it’s a miracle that investors know where to turn.

The Federal Reserve has struggled to wrangle inflation into submission for a few weeks. Thus, the worry of a recession has hung heavy over the markets. However, the report about Apple appears to have sparked deeper concerns.

After climbing 0.9% earlier, Apple’s stock dropped a whopping 2%, dampening the otherwise bright day for US stocks.

Despite that, US stocks experienced substantial gains in Asia and Europe. The FTSE index of Asia-Pacific shares rose around 2% after Beijing regulators urged banks to finance developers.

Thanks to a vast stock split on Monday, June 18, a share of Google’s parent company, Alphabet, became much more affordable for avid Main Street investors.

Firstly, it has made Alphabet shares open to average investors. And secondly, it increases the likelihood that Alphabet will be added to Dow Jones Industrial Average.

On top of Alphabet’s stock split, other major companies have announced their intentions to follow suit; GameStop and Tesla are just two of them.

Mixed stocks and decreased oil prices prevailed as the dollar climbed ever higher on Thursday, July 14. The jaw-dropping inflation figures released on July 13 had investors questioning what this means for US interest rates.

Last month, consumer prices across America increased faster than they have in 40 years, as per a report published by the Bureau of Labor Statistics. The annual inflation rate clocked higher than economists’ predictions at 9.1%.

Friday, July 15, saw copper market routs deepen. The globe’s most vital industrial metal slid below the $7,000 per ton benchmark for the first time since late 2020. Why? Due to fears over the economic slowdown.

The impact of a trudging property market plus the seemingly never-ending Covid-19 lockdowns in China has seen a market initially worried about metal supply loss from Russia switch interest.

Copper prices have dropped incessantly, but the market’s view is changing to concerns that maddening rate increases and rising China coronavirus cases will smack demand for commodities, including copper.

Disclosure: M&R Investment Management, Inc. (“M&R”) is an investment adviser registered with the Securities and Exchange Commission (SEC). Registration with the SEC as an investment adviser should not be construed to imply that the SEC has approved or endorsed qualiﬁcations or the services M&R offers, or that or its personnel possess a particular level of skill, expertise or training.